According to an announcement made by Microsoft, Nokia’s first Windows Phone will be revealed at the Nokia World Live Event in London next week. One of the phones to be revealed next week is expected to be Nokia Saber, we have got its leaked pic courtesy GSM Arena. 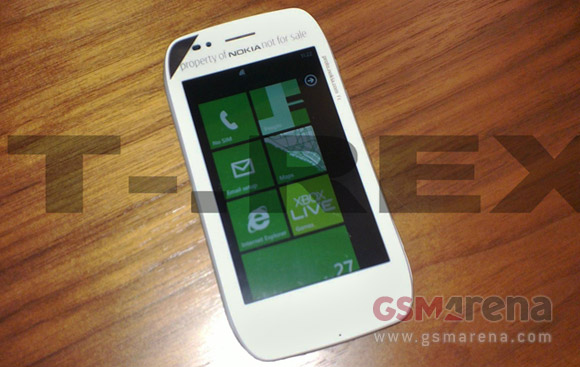 It is expected that Nokia will switch to Windows Phone as its primary smart phone OS in coming years, but it is still releasing new updates for once popular Symbian OS.

“Nokia will announce its rollout plans with Windows Phone, among other things. It made an evaluation early on, and saw our roadmap for this year and next year, and it decided to bet the whole company on Windows Phone based on that,” Lees was quoted as saying.

Balmer was eager to praise Windows Phone and favourably compare it with Android.

“You don’t need to be a computer scientist to use a Windows Phone, but I think you do to use an Android phone,” Ballmer reportedly said.