Nokia Asha 303 is one of those phones by whom the sleeping giant is trying to re-ignite its low-end customers with feature phones which look and feel smarter than they actually are. Asha 303 is being marketed aggressively by Nokia, there isnt a single advertisement break on radio when Asha 303 advertisement is not aired. Nokia has made a rap song type ad for Asha 303 which highlights the youthful market niche which is being targeted by this device. Nokia Asha 303 is available for Rs. 12,700 in Pakistan. Lets start the review:

Just like many other Nokia phones, Nokia Asha 303 has a small retail packaging. The box comes with the Nokia Asha 303 phone itself, a compact phone charger, a Nokia handsfree and a few instruction booklets. 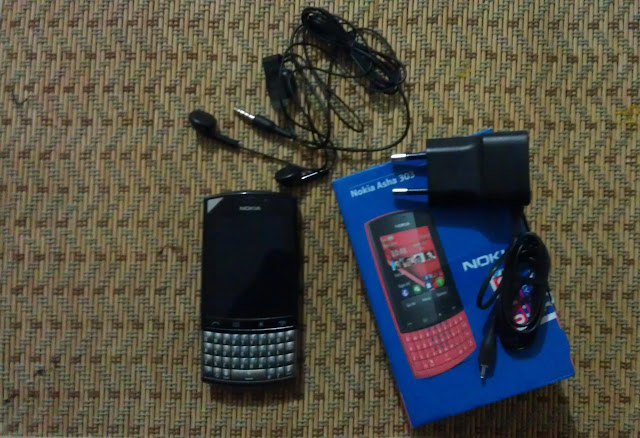 The first thing that you will notice by looking at the Nokia Asha 303 is that it is almost same in design and construction to the Nokia X3-02 Touch & Type, only a few minor things differ. The first impression that we got holding the phone for the first time was that Nokia Asha 303 is a pretty light phone with a quite solid build and a comfortable curve on the back that fits the phone perfectly into your palm, though the QWERTY keypad in the start seems to be quite uncomfortable but you get used to it with time but still its not the best QWERTY keypad out there in the market.

On the front of the phone is it’s 2.6 inches (320 x 240 pixel) TFT capacitive touchscreen, with a light sensor next to the speaker grill on top and four dedicated (Call Accept, Messaging, Music, Call Reject/Power) keys just underneath with a notification LED in middle and a QWERTY keypad at the bottom of the phone. 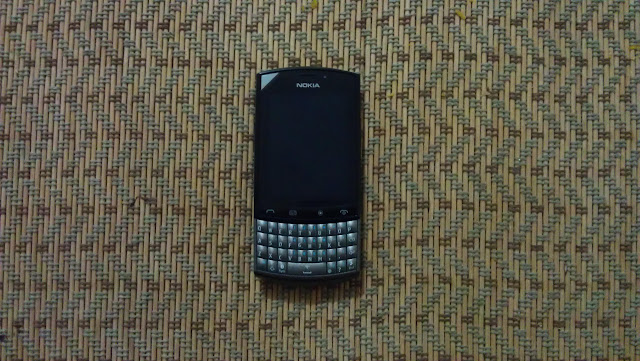 The backside of the phone has a pretty gentle curve that not only makes it easy for you to hold the phone but also adds to the phone’s design. Near the top is the 3.2 MP camera which lacks a flash for taking photographs in low light conditions. At the bottom are the loudspeakers which happen to be great when we talk about the sound quality but unfortunately the sound is blocked by palm or the fingers when the phone is being held in hand for Messaging, etc. 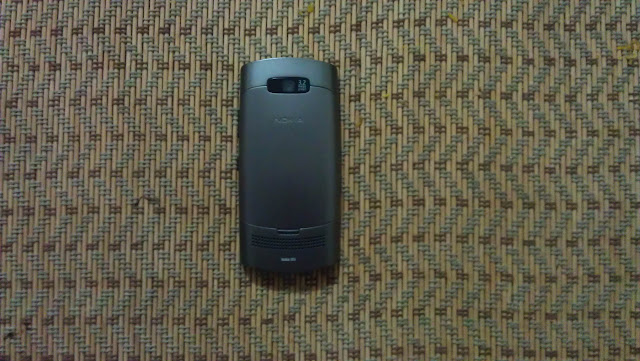 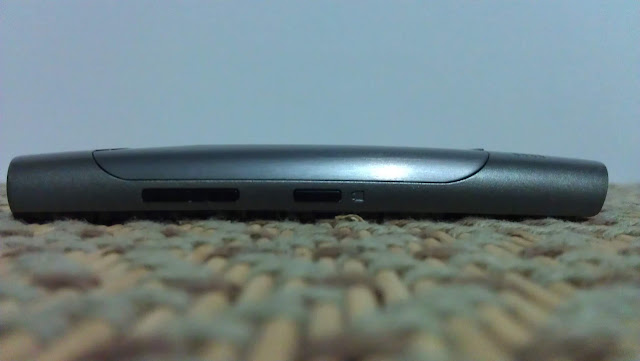 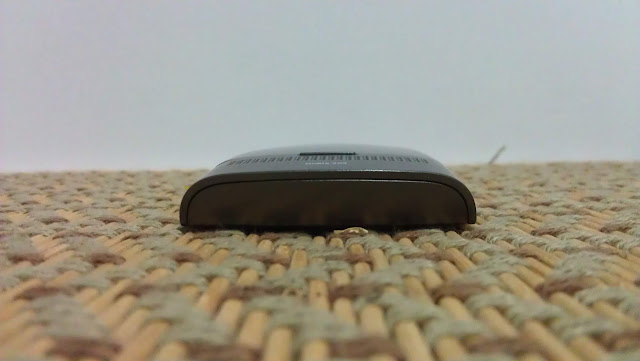 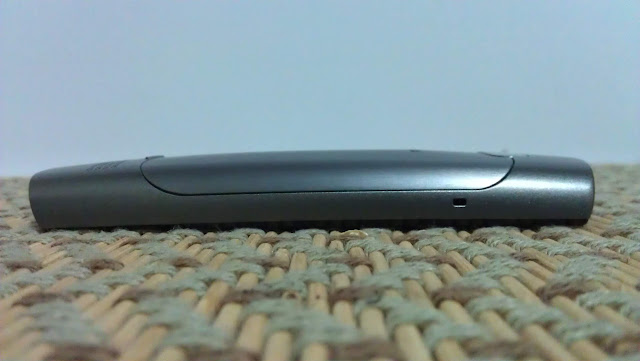 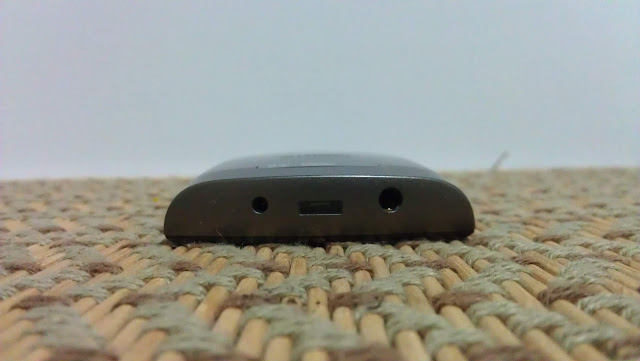 Nokia Asha 303 features S40 touch-enabled User Interface. The lock screen is pretty standard with a clock and unlock button. The Homescreen is divided into four portions each of which is a widget, two gestures: left swipe and a right swipe can be setup on the homescreen to launch two different applications, two softkeys located at the bottom of the screen can also be customized to launch desired applications. The Main Menu has a Grid and a List layout and application icons are better than before, rest is pretty much the same here. Nokia Asha 303 has very good Social Network Services (Facebook, Twitter, Orkut, Flickr, etc) integration which can display latest updates from your social services on your Homescreen using widgets. Nokia Asha 303 offers built-in Facebook Chat application and also comes bundled with pretty amazing games like Angry Birds and Asphalt 4. 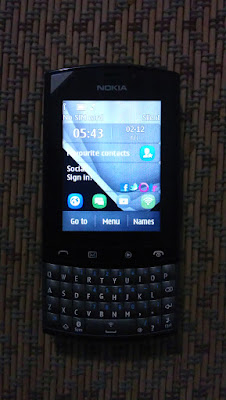 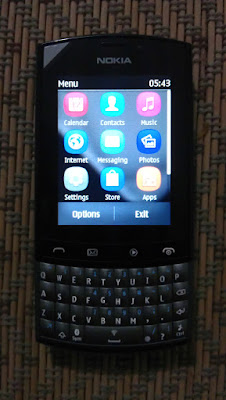 Despite the 1GHz Processor that powers the Nokia Asha 303, it fails to deliver the performance that you can expect from it. During our use we found Nokia Asha 303 to be slow while performing tasks such as updating the picture gallery or songs library, not only that but Nokia Asha 303 also froze a few times and automatically restarted the user interface during our use.

For a phone packed with the punch of 1GHz processor running only on a 1300mAH battery, Nokia Asha 303 successfully delivers a pretty good battery timing. It was able to survive our mild usage for straight 3 days without the need of being charged which we found to be pretty impressive but battery timings are totally usage dependent and may vary for your usage.

Despite of having just a 3.2MP camera, the Nokia Asha 303 doesn’t fail to produce some pretty nice camera results but few of the major issues that we found were that it lacked a flash for photography in low light conditions, does not have auto-focus and it doesn’t support an automatic landscape camera mode. 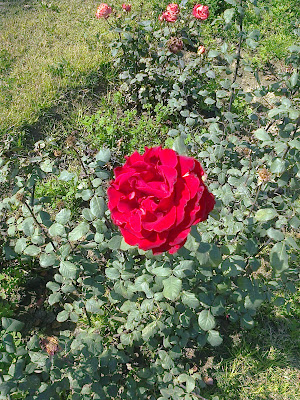 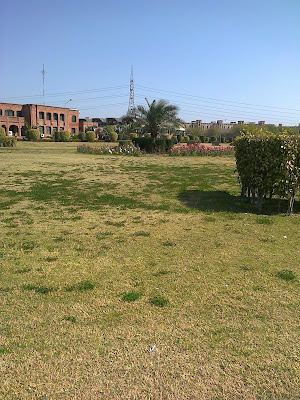 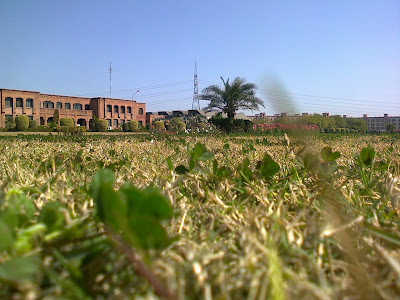 Though Nokia Asha 303 fails to deliver the punch that a 1GHz processor powered phone should, but still if you are new to touch screen phones or QWERTY keypad devices then Nokia Asha 303 is the perfect, economical device and you should certainly check it out.