7 Reasons Why You Should Choose Careem over Uber

2. Careem aims to empower women – Careem employs several females in leadership positions including having female captains and encourages a positive work environment. It ensures safety and security of its customers, out of which at least 50-60% are females. On the other hand, Uber has a poisonous culture that has resulted in a harassment suit. “A former Uber engineer, Susan Fowler makes a slew of sexual harassment claims, alleging sexism within the workplace in a blog post about her year at Uber”-The Hindu. There have been extreme cases in the past where a girl was raped in Dehli by an Uber driver in 2014. 3.  Careem follows a rigorous background check for its captains. Again, emphasizing on hassle free rides and ultimate safety of its customers, Careem captains go through a seven layer process including proper training and guidance on the clauses of sexual harassment. There have been several social media posts regarding the kindness, sincerity and credibility of Careem Captains. Uber, however, does not have a similar system, neither do they double check for criminal records. 4.  Careem prioritizes morals and ethics. Careem is more than willing to help LEAs (Law enforcement Agencies) and has a strong record whereas Uber has been involved in unethical practices such as greyballing and undermines LEAs.
https://www.nytimes.com/2017/02/02/technology/uber-ceo-travis-kalanick-trump-advisory-council.html

5.  Careem has a strong safety record compared to Uber.

6.  Careem has a strong relationship with its captains. It aims to help them out in whatever way it can whereas Uber’s CEO Travis, has been accused of misbehaving with its drivers.
https://www.nytimes.com/2017/02/02/technology/uber-ceo-travis-kalanick-trump-advisory-council.html 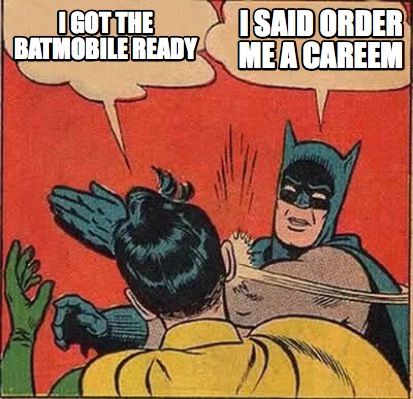 7. Careem has a proper growth structure as it grows exponentially. Careem powers on and just yesterday launched in Palestine. Within Pakistan it is in 10 cities and will grow exponentially to several more cities providing thousands of jobs.

Have you experienced PTCL’s Naya Network? →

Book Your Favourite Seats at Cinema with Anyticket.com.pk →